Richard from UK tells his story about how he made his way in Germany and how German bureaucracy and confusing rules took him into a police cell for one night. 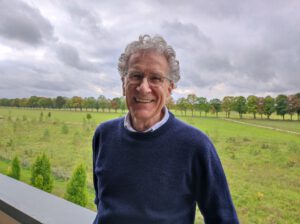 I came to work in Germany 31 years ago, moving to Bavaria from London to set up a sales support, marketing and technical support office for southern Europe and the German speaking countries for an American software company. As a UK citizen taking advantage of the EU freedoms of choosing my own place of work and residence, I expected things to be easy, but soon found that things which should have been simple, involved fighting with bureaucracy, discovering rules which it was impossible to have foreseen existed, and occasionally getting caught in a web of rules and regulations which were sometimes based on misinterpretations or defiance of EU rules.

My problem was, that there were no experts to be found who could advise me on how I could avoid the pitfalls, or guide me to others who could help in particular areas. I was on my own, apart from the head of European Operations in London, and just had to “muddle through”.

This led me into a couple of very “interesting” situations, ones which I would happily have done without.

I did know, that I had to register myself and my offices at my local council offices. That was when the fun started.

First, I was told I had to have a residence permit, which was false, as the EU rules made it quite clear that where I lived within the EU was entirely my own choice. It only took about three weeks and several letters to and fro, to sort that one out. Then I was told I had to obtain a work permit, and despite weeks of exchanges the local bureaucracy would not budge on this point, though it was clear they were in the wrong. I would have happily given them such a permit to get the problem out of the way, but since it was no longer necessary for citizens within the EU to obtain such permits, there was no one who could issue one anyway.

Finally, they backed down and I could open my office.

The company accountant in the USA then got drawn into a complicated exchange over the financing and taxation of my offices, as the local authorities naturally wanted to make money from taxing these new kids on the block. And all the time I kept getting drawn into translating letters and documents, or interpreting during telephone discussions across the Atlantic instead of getting on with the job in hand. I knew there had to be experts in this area, but internet didn´t really exist then and we had to get the job done as best we could.

The everything went smoothly for a couple of months but then came the next surprise.

Sorry, that is the rule in Germany

I was on my way by car to Zurich for a meeting with the IT management of a well-known bank there, when I was stopped at the border by the German border police who wanted to check my papers and that of the car. Everything seemed to be in order until I was asked how long I had been in Germany. At that time it was about 9 months. The following conversation took place in German!

“And are you a registered resident?”

“Do you have the registration form with you?”

“Yes” (Always best to be prepared for the worst). I gave it to him.

“Please wait here” and he disappeared into an office. Without my pass, driving licence and registration document I wasn´t going anywhere anyway.

After some five minutes he came back and said:

“You cannot drive in Germany. Your driving licence is invalid.”

It was a standard EU pink driving licence with a big GB in the middle of an oval and “Driving Licence” written on it in four European languages. And it had no expiry date. It was, as far as I could see, fully valid.

“You have been resident in Germany for more than six months, so it is invalid.”

“That is the rule. You need to get a driving licence issued in German after six months.”

“But it´s a European licence, not a German one.”

“Sorry, that is the rule in Germany.”

“You can drive through the border but when you return someone will have to meet you at the border and you may not drive in Germany any more until you get a licence issued in Germany.”

“But if it is invalid, wont the Swiss stop me?”

“No, it is valid in Switzerland”

“Yes, there it will be valid.”

“You mean, my European licence is valid everywhere else except Germany, because I live here?”

Maybe I´m a bit naive, but I really didn´t see that one coming!

The border policeman then told me I would probably get a warning by post, but I must get myself a new licence.

That was the start of the fun.

One night into police cell

A few days later I got a letter with a fine of 600 DM (300€) for driving without a valid licence, and saying that I must present a valid licence at the local police station, and because it wasn´t a traffic offence the offence would be recorded in the civil register. In short, I was being handed a criminal record – really!

I appealed through a lawyer and got a date for a court case. Shortly before the case I got an invite to an important contract meeting with a client in Madrid which was worth a considerable sum. I spoke to my lawyer to check that he could represent me without me being present, and was reassured that he had my written authority to act on my behalf, so all would be well.

But it wasn´t. The judge declared that he couldn´t accept my non-appearance and set a new date.

On the date of the hearing, due at 13.30, two police arrived at my home at 7:15 and arrested me. I spent the morning in a police cell and was then driven to the courthouse 20 kilometres away and handed over to the clerk of the court. (That done, I was allowed to wander about at will until the case was called.)

The hearing itself was ridiculous and I ended up rebuking the judge loudly for racist remarks, but in the end my conviction was quashed and I only had to pay the fine. The German law was later overturned, but not before a large number of people had fallen foul of this local “regulation”.

Fortunately, I could see the amusing side of all this, but it meant surmounting obstacles which prevented me doing what was my job. If Project Expat had been around then, life would have been much easier for me. As it is, they now look after various matters for me and have very recently pointed me in the right direction to get help in quickly resolving a small liability claim against me.

It´s good to know that when I need help, Project Expat people are there, friendly, helpful and really well informed. I can honestly highly recommend them. The problems I encountered are all resolved, but bureaucracy is very inventive in creating new ones. At least you don´t have to face them on your own!