Often we are in situations in which we do not feel well and would like to change something. But we don’t know how and what we can really change. Is it the job, the boss, the life situation, the friend or other external circumstances? This is the point where a Life Coach could step in. In this article our partner Brigitte Goletz, Personal and Business Coach, will give you useful information about what coaching is and how to find the right coach for you.

Finding a good coach is not that easy: there are many coaches on the market and the quality of the coach is not immediately recognizable because there is no uniform education. Apart from the professional education of the coach, it must also fit personally.

A good relationship with the coach is one of the most important things in coaching, so every client should take the time to make a phone call to see if the coach fits him or her personally. Professional quality characteristics can be training at a recognized institute, references to already (successfully) conducted coachings, membership in an association as well as certification.

Usually, coaches offer free initial phone sessions. Sessions are often 60-90 minutes long, depending on the arrangement. In a coaching session, a coach guides the client in formulating goals for the concern and in achieving the goal, using tools that are helpful in achieving the goal. Often 5-6 appointments are enough for this.

When Can Coaching Be Useful?

Occasions for personal coaching can be:

Occasions for business coaching can be:

We are all strongly influenced by our childhood caregivers and our culture. This influence has left us with fixed patterns of behavior and used to give us orientation and the necessary affection from our parents.

Today, they can sometimes be a hindrance and lead to undesirable thinking, feeling and behavior. And then we do not feel comfortable in some situations.

Life coaching is a way to personal freedom and development. In a coaching session you can gain new perspectives, recognize and understand patterns and attitudes, formulate goals and start on the path to achieving them. What is still standing in your way? Start now!

Do You Have Any Further Questions?

„My first contact with coaching was when I was a coaching client myself. My wish was to free myself from old restrictive patterns. The experience of feeling freer and stronger afterwards fascinated me so much that I became intensively involved with the subject of coaching and then did the training to become a personal and business coach.“, Brigitte Goletz. 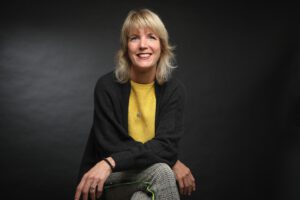 With about 620.000 people living in Düsseldorf, it is sort of the antithesis of Cologne. Even though it is much smaller than Cologne, it is the capital of North Rhine-Westphalia, which annoys many Cologne residents a bit.
Düsseldorf ranks second in NRW and seventh in the whole of Germany. Still, these two Rhine metropolises are rivals. This is true for sports, culture and drinks. While Cologne is known for its Kölsch (a light beer), people in Düsseldorf drink Altbier (an old and dark beer). In addition, Düsseldorf is considered the city of the rich and beautiful, who enjoy life there.

As in Cologne, several million tourists come to Düsseldorf every year because there is a lot to see here. In the old town of Düsseldorf, there are several pubs and restaurants. A tour of the old town with its narrow streets is a must. The longest bar in the world is located here! However, only theoretically: only if you were to line up the counters of all 250 pubs, it would really be the longest counter in the world.

Along the Rhine you can take a nice walk, especially in summer. If you walk long enough, you end up in the Media Harbor. Many important companies are located there, and less than 100 people really live in this part of town. Instead, you’ll find the Rhine Tower there. You can see it from far away when you drive into Düsseldorf. It looks a bit like the Colonius in Cologne, but it is as striking for the Düsseldorf cityscape as the cathedral is in Cologne.

The landmarks of the Media Harbor are the three buildings by Frank Gehry, with their curved facades. In addition, Düsseldorf is known for its art scene. Along with numerous museums, there are countless galleries and art stores that make this city an art metropolis.

Especially the Kö, the Königsallee is the place to do shopping in the city center, if you have the necessary change. A walk on the Kö is always worthwhile, because there is something for everyone to see. At the new Kö Bogen, architect Daniel Liebeskind has built an impressive building complex that combines gastronomy and retail.

In addition, Düsseldorf offers a home to about 7000 Japanese, as over 400 Japanese companies are located there. Their district is also called Little Nippon on the Rhine. There you will find not only traditional restaurants, (the Takumi is considered an insider tip) but also selected grocery stores for the Japanese cuisine.

In addition to the museums and galleries already mentioned, Düsseldorf has a lot to offer in terms of sightseeing. For example, the Basilica St. Lambertus, the Basilica St. Margareta and the Berger Church. The Botanical Garden is also worth a visit, as well as the Art Academy, which makes its contribution to the fact that Düsseldorf is considered an art metropolis.

Architectural structures worth seeing include the before mentioned Gehry buildings, the Dreischeibenhaus and the Düsseldorf Schauspielhaus. But you can also just drift and visit one of the numerous small breweries for a beer tasting. The Rheinterassen are an absolute must for everyone, whether tourist or local. Düsseldorf simply has something to offer for everyone, like all major German cities.

Cost of Living in Düsseldorf

A trendy neighborhood in Düsseldorf is Flingern. It is easy to recognize by the numerous graffiti that adorn the walls there. While the apartments there were once cheap, they are now modern and pricy. But there is the Cafe Hüftgold, which is said to serve the best cake in town.

Oberkassel on the left bank of the Rhine is one of the most expensive but also most exclusive residential areas of the city. From the Rhine meadows you can enjoy a fantastic view of the old town.

As far as transport links are concerned, Düsseldorf – like Cologne – is very well developed and connected. With 25 suburban train stations, 18 city and streetcar lines and around 50 bus lines, Düsseldorf can be easily experienced by public transport. The subway, for example, takes travelers from the main train station to the city center in just three minutes. The S-Bahn takes them from the main station to the airport in just ten minutes.

The DUS (Düsseldorf Airport) is not only the largest in North Rhine-Westphalia, but also the fourth largest in Germany. It is connected to 230 destinations in 65 countries, thanks to 80 airlines. About 25 million people use it per year and it is ideal for people who travel a lot for business.

The Brasserie Hülsmann is considered one of the best restaurants in the city. Here, upscale brasserie cuisine is presented in a casual atmosphere. The aforementioned Takumi will probably also soon lose its status as an insider tip. The Bar Olio is a casual scene restaurant serving modern crossover cuisine. If you prefer Italian cuisine, Riva at the harbor is the place to go. In addition, there are also the numerous inns and pubs in the old town, which you stumble upon during a visit, and which invite you to linger and feast.

Of course, it is impossible to name and recommend all the great restaurants and bars in a city. It is always a subjective evaluation. Therefore, you should always get an impression yourself and maybe just try a restaurant that you like. You will find something for every taste in Düsseldorf.

So let’s summarize the most important facts about Düsseldorf again:

So if you are willing and can afford it financially, Düsseldorf is a good place to be.