Just like in every other country, there are also rules you should be aware of in German etiquette. In private, you can certainly neglect them now and then, but in the business world, they are more relevant. It’s important for expats in Germany to know about them. 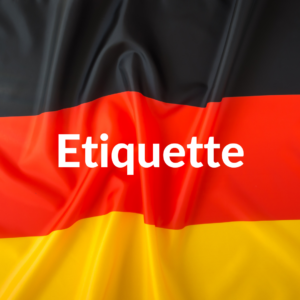 In professional and private life before Corona, it was customary to shake hands in greeting. Since the pandemic, people are more careful and have dropped this ritual, but it will certainly return to everyday life in Germany.

Simply asking someone how it’s going isn’t a German trait. That’s because trivial chitchat is not a core German skill. Here, people get straight to the point. Questions about how you’re feeling, which people in the U.S., for example, use as a polite phrase, can result in Germans using the opportunity to really talk things out — be it about the children’s school problems, the father-in-law’s hernia, or the misery of the world, in general. So plan some time if you really want to know: How are you? 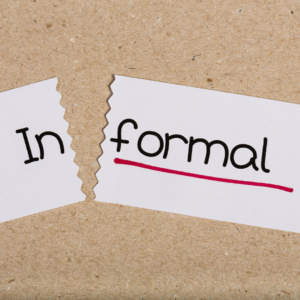 For many English-speaking expats learning German, the salutation is often confusing. Unlike in English, there are two variations of the salutation in German: The formal Sie and the more informal Du. In everyday life and the closer environment, say with friends and family, you would use Du, while in the business world, Sie is the common form of address. You should pay particular attention to this point of German etiquette if you live in Germany. The same applies to people you are just getting to know. Ideally, you should first use Sie before changing to Du later on. Here, too, there are some rules to follow: In business, the higher-ranking person offers the Du, or the older to the younger person, or the woman to the man, if he has not been with the company much longer than she has.

Of course, you can refuse switching to the more informal Du if you wish. You should, however, always be aware of what such a rebuff could trigger in the counterpart.

Etiquette in the Workplace

As far as the dress code in the German business world is concerned, it depends on the industry and the company you work in. Both men and women usually wear suits or dresses in more formal settings like banks. In companies, it depends on whether you have an client contact (also suit) or you are sitting in the office. If it’s the latter, you can often dress more casually. Also, with business meals, there are many small stumbling blocks, which actually depend on how official this meeting is going to be. When living in Germany, you should remember that you don’t say “Cheers”, but “Prost” or “zum Wohl!” Otherwise, pauses in conversation are unpleasant, and it is better to engage in a little small talk. 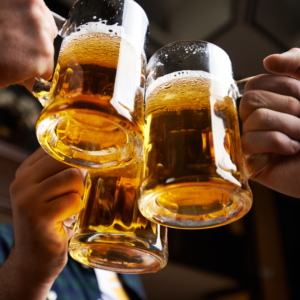 Just like in most countries, the first impression is crucial – be it in private or business life. Therefore, when living in Germany, you should pay attention to punctuality because it can make a big difference. The rule in Germany on the business level considers up to 15 minutes before time to be the symbol of true punctuality. If you are stuck in a traffic jam or are late for any other reason, just give them a quick call and explain the situation. If a business partner is late, according to German etiquette, you should allow 15 to 20 minutes for waiting.

Toasting without eye contact is another area that expats in Germany should focus upon. In other countries, people may simply raise their glasses and toast each other. Not so in Germany. It’s better to look your counterpart directly in the eye when you toast. Otherwise, you’ll be unlucky in love. Toasting crosswise is also considered a bad omen, even in business circles.

German Etiquette When Going Out to Eat

Something to keep in mind when going to a restaurant is that in Germany, you don’t actually ask for free tap water as an accompanying drink. Here, you have to order mineral water from the menu. Some restaurant operators react in a quite unfriendly way if you do not follow this rule. While it does get better in some parts of the country, you should pay attention to how the locals handle it at first.

Men can usually impress German women when they hold the door open for her, take her coat or jacket, offer her a seat in a restaurant and adjust her chair. Meanwhile, it’s a little more difficult when settling the bill on a date. Traditionally, it was the man who paid for the meal, but nowadays, some women feel uncomfortable and want to pay for their part of the meal. However, the majority of the female world still feels flattered when the man picks up the tab. It’s probably best to politely ask if it’s okay to be the man footing the bill. In most cases, it will make a positive impression! 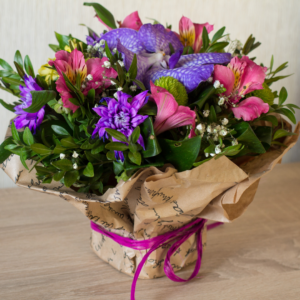 Should you want to bring flowers, be mindful of the colour you choose. Flower etiquette in Germany is complicated and can lead to embarrassing misunderstandings. This is because red flowers, especially red roses, are for romantic situations. White flowers, on the other hand, are considered grave decorations and are used at funerals. If you want to avoid the flower faux pas, it is best to ask the florist for advice.

Beside all these facts, there are some things that are important to Germans. For example, waste separation. Germans are very environmentally conscious and separate their trash to make recycling easier. If your neighbours see you throwing recyclable glass or paper in the regular trash, it could put a strain on your relationship forever.

Moreover, you should be aware of the fact that Germans usually have no issues with nudity. There are often nude beaches, and in the sauna, you are basically naked, and they are gender-neutral. As a foreigner, you may be irritated at first, but those who want to go in there dressed will get rather astonished looks.

Parking on the bike path is a total no-no. Germany may be a car country, but cyclists are conquering the cities. Drivers who park on bike paths have to expect scratches in their paintwork. And pedestrians who get in the way can expect harsh abuse. 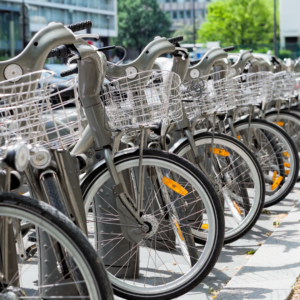 Don’t Be Scared of German Etiquette!

There are still numerous “rules” to follow, but you’ll get to know them over time. A final tip is to model the behaviour of the people around you, who usually know what is appropriate and correct in the respective situation.

In addition, if a faux pas does happen to you, it is not so bad, because they happen to Germans as well. Take the whole thing with a bit of humour and everything will be fine, thus letting you get settled in your life as an expat in Germany!

No matter where you come from, we are sure you are familiar with some strange superstitions. As irrational as they might be, we all have an overly superstitious friend –...

For me as a German it is not easy to write about Dating in Germany. There are so many stereotypes about Germans which are partly right but also wrong. An Australian...