6 Common German Stereotypes when on Holidays

With the rise of travel lovers around the globe, it is very easy to confirm that every country has its own stereotypes when it comes to behaviour during the holiday season. Now that COVID-19 restrictions are being lifted worldwide and we start to see the light at the end of the tunnel, we thought that it’d be nice to refresh 6 Common German Stereotypes on vacation while you get ready for the upcoming holidays. Have you chosen your destination yet? Let’s see how the locals will perceive you over there!

Sandals and socks – an eyesore?

If you find yourself in a Mediterranean or exotic country with temperatures ranging from 25 to 35 degrees, spotting a German will be an easy task. Being one of the most well-known German stereotypes, brown leather sandals and white socks are the holiday essentials that most tourists pack in their hand luggage. 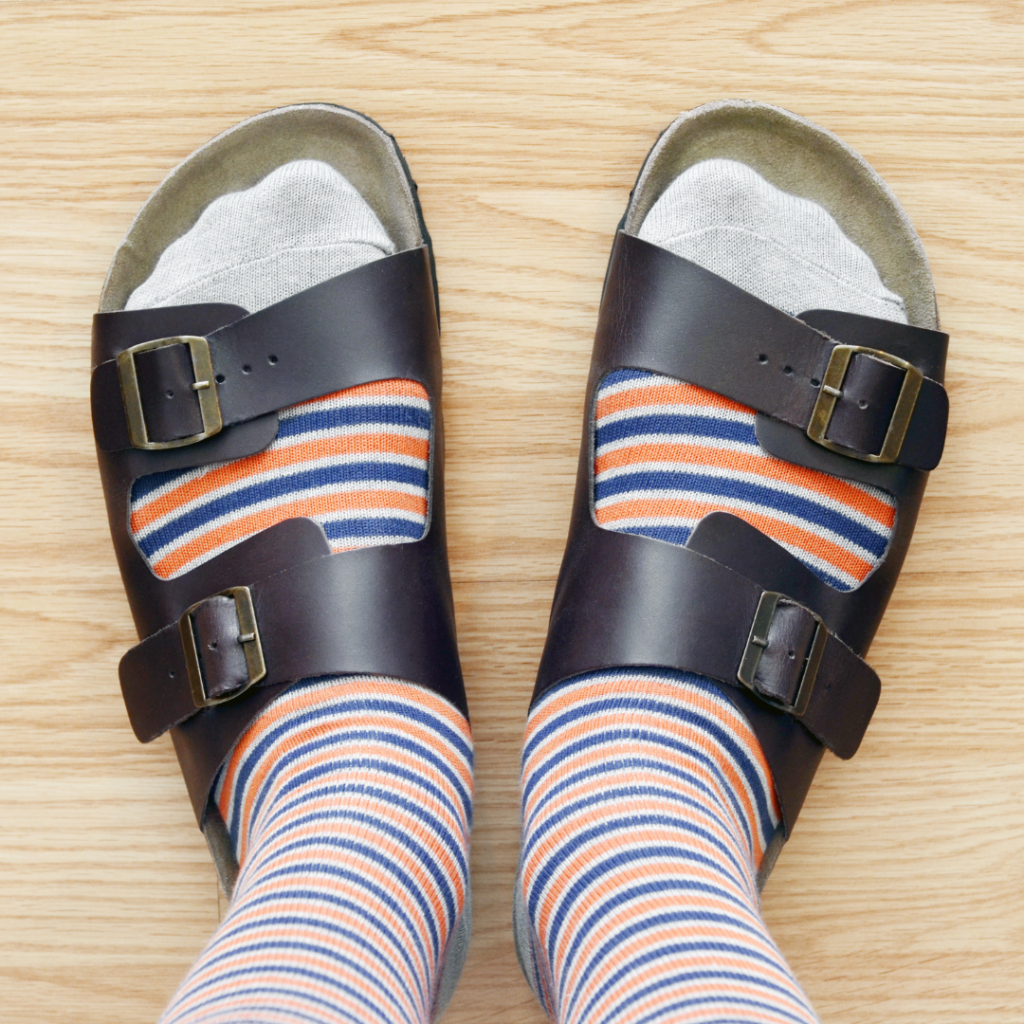 Leaving this terrible attack on the fashion world aside, what most locals wonder is the following point: if it’s warm enough to wear sandals, why would you want to wear socks with them? Many Germans would defend themselves against this cliché by arguing that socks are useful to prevent blisters on their feet!

It’s 10 o’clock in the morning and you wake up to the peaceful sound of the chirping of birds. You’re enjoying your summer vacation in a wonderful 4-star hotel. After your breakfast buffet, you decide to go down to the swimming pool and sunbathe while you read your favourite book. All of a sudden, your relaxing dream turns into a nightmare: there’s not even one spot left! Does this ring a bell? 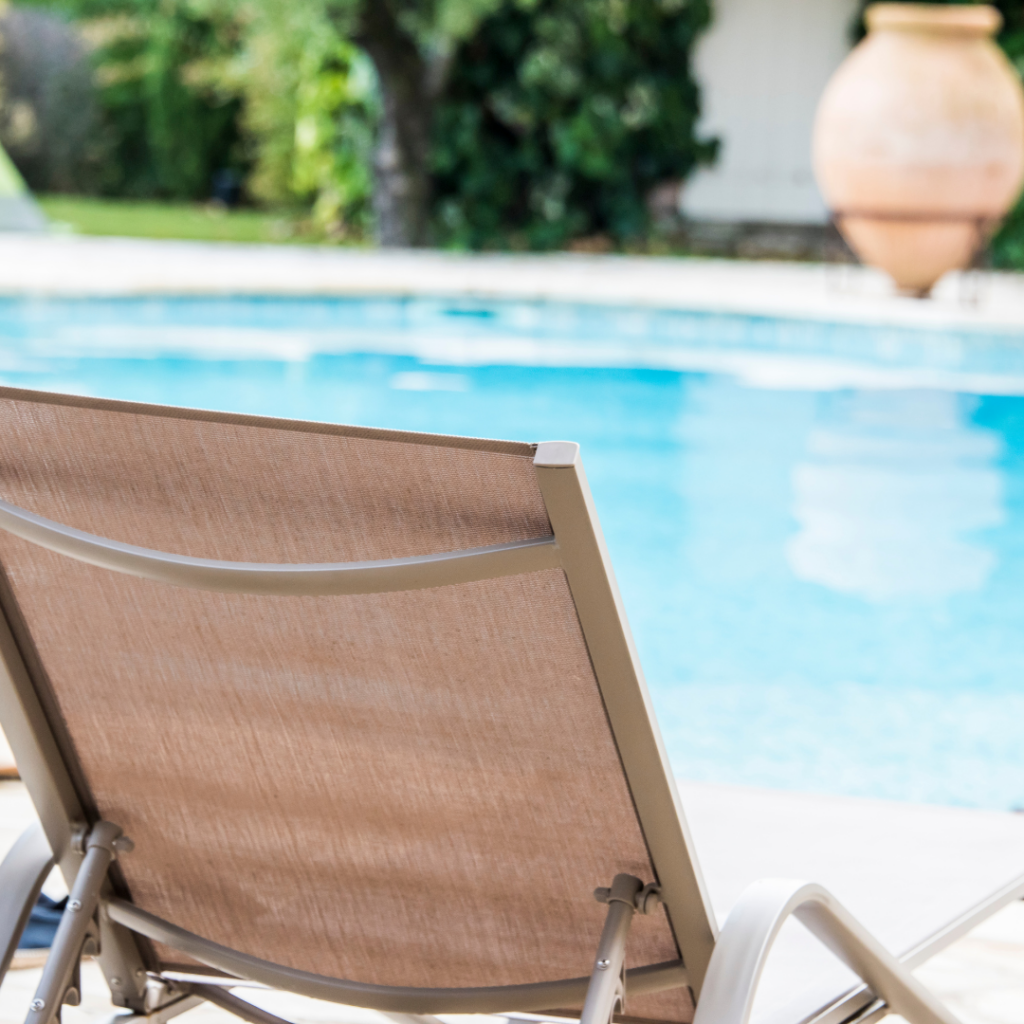 Germans have an obsession with throwing their towels into the sun lounger at 7 a.m. to reserve them for later, so it’s no surprise that this has become one of the funniest German stereotypes. The reason behind waking up this early on their days off remains a mystery, but it’s worth saying that this accurate stereotype infuriates tourists worldwide!

It is no surprise that the most popular destination for German tourists is the Mediterranean. According to tourism statistics, over 4.5 million German citizens have visited the Balearic Islands every year since 2016. This figure pops up a question: have you ever met a German who hasn’t been to Mallorca – or better said, the 17th Bundesland, like Germans call it? 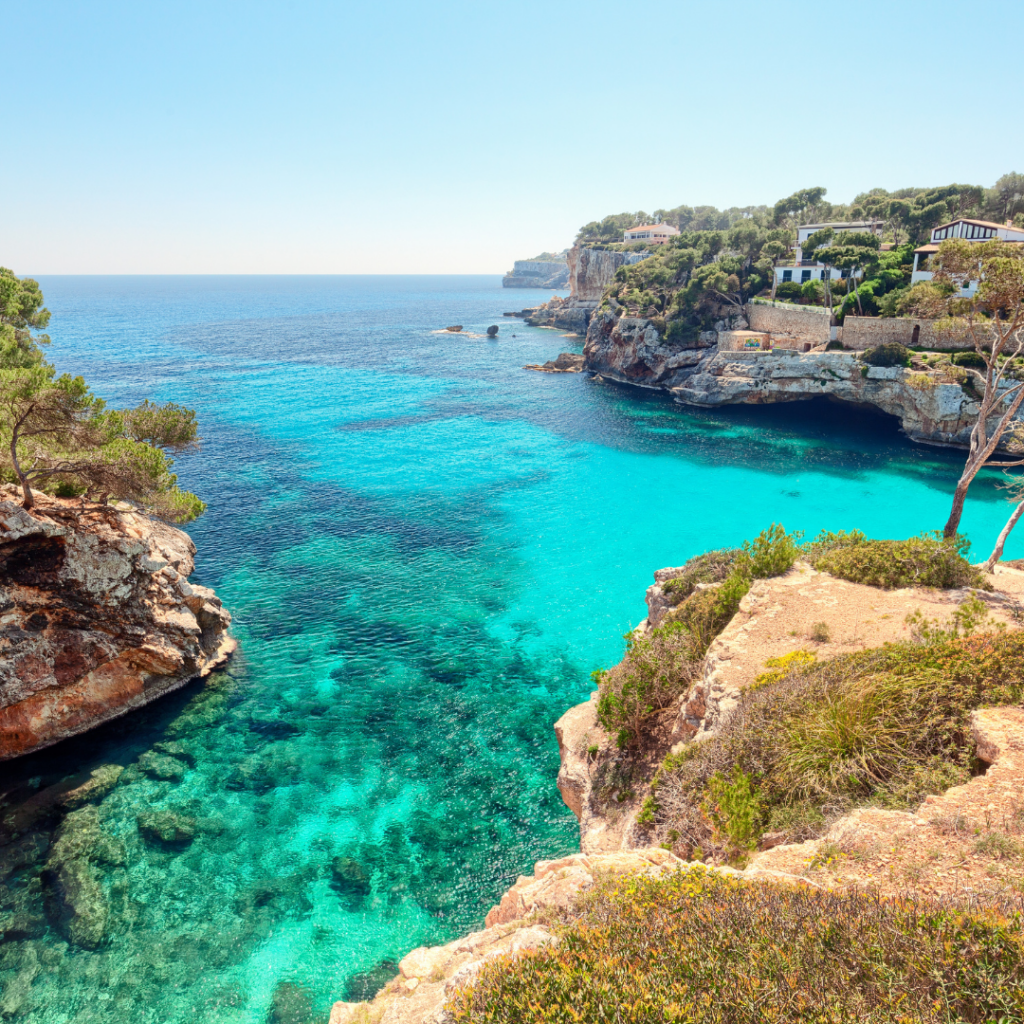 In addition to tourists, the German community on the island continues to stand out from the rest of foreigners with more than 36,000 people registered in their local municipalities.

But what stereotypical conceptions do locals have about them? Well, as rough as it may sound, we could say that especially young tourists don’t have the best of reputations over there. In fact, they are well known for partying until sunrise and drinking beer and sangria in abundance.

However, it is not only the nice weather and cheap prices that make the Germans want to return to this top summer destination, but rather the endless wonders that can be found in this charming island.

Nothing says summer like an uneven tan! Have you ever peeled off your shirt at the beach only to find a sun-kissed lower arm but a blindingly pale torso? Then you know what we’re talking about! During their holidays, some Germans forget to put on sunscreen whilst the sun is at its peak, resulting in a natural good-looking body painting they wish they had avoided!

Sparkling water: hate it or love it

Even though sparkling water is quite common among many European countries, if we take into consideration that the biggest holiday destination for Germans is Spain, ordering a bottle of mineral water might end up in disappointment.

Carbonated water is not everybody’s cup of tea outside of Germany. We can assure you that waiters prefer not to be yelled at if they bring still water to their customers. Moral of the story: you’d better wait to have your Sprudelwasser at home. 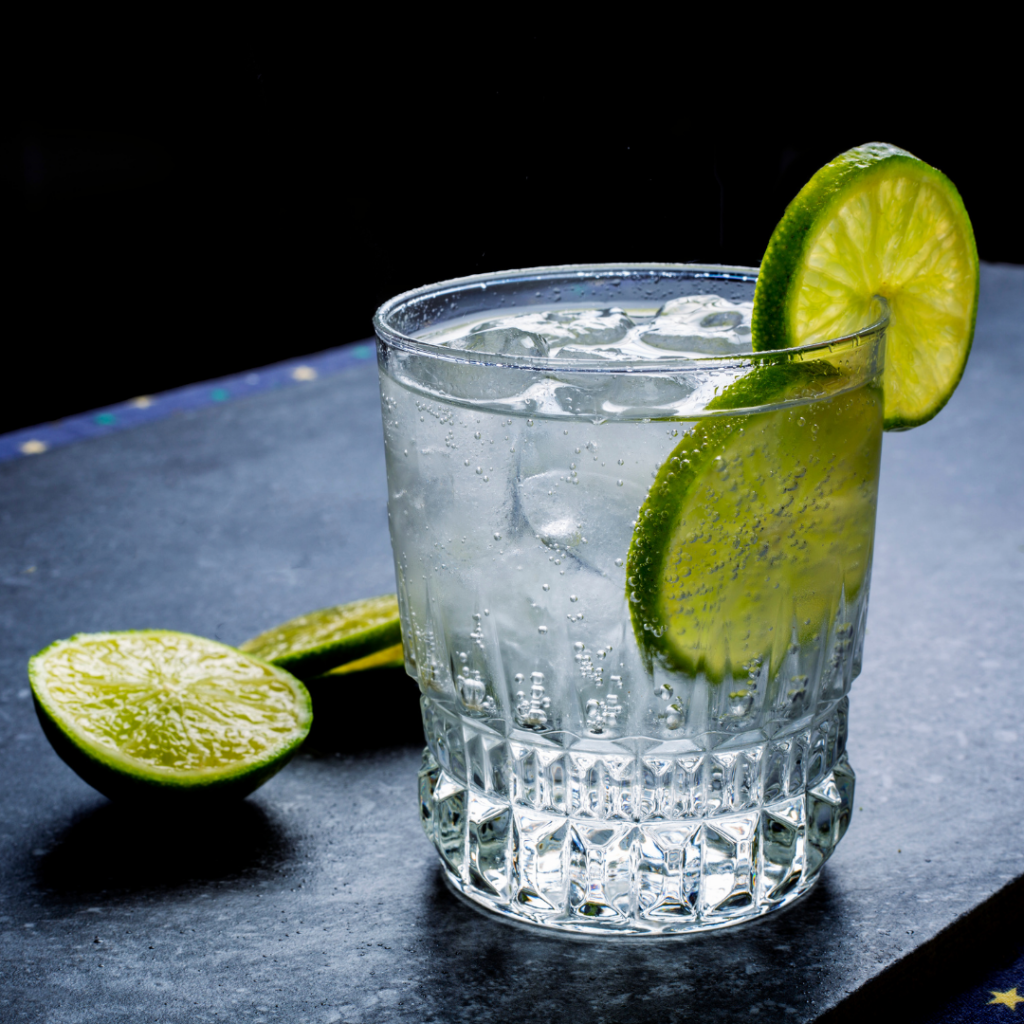 Germans: Masters of the Rule Book and Connoisseurs of the Fine Print

Germans take their rule book on vacation because they love rules so much! They’ll be relaxing on the sand, observing the “no running” sign with vigilance, and making sure their beach umbrella is put precisely 10 feet apart from their neighbour’s. Even a neighbourhood watch will be set up to make sure that everyone abides by the “no diving” policy at the pool. 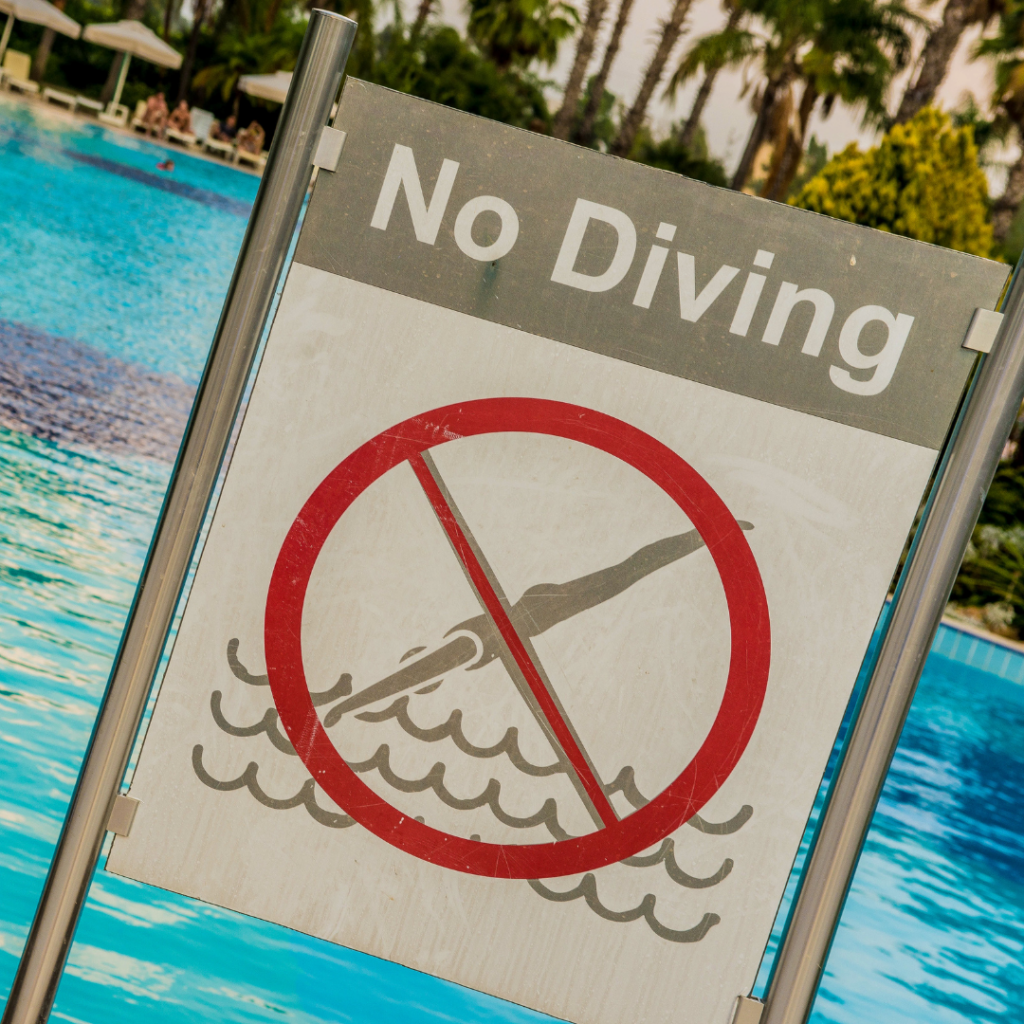 They may be observed at the hotel buffet weighing out their assigned portions according to the restrictions of the “all-inclusive package.” And when it’s time to check out of the resort, they’ll be sure to strictly abide by the “check-out before 11am” guideline. But don’t worry, they still know how to have fun – they just make sure to follow the ‘designated beer drinking time’ rule while doing so.”

To end this article on a good note and avoid potential offenses, keep in mind that these are just funny and sometimes exaggerated stereotypes – we know that not all Germans are the same!

If you wish to find out more curiosities about Germany, check out our blog article on German superstitions!

As we transition from the cold and moody weather to the sunny and lovely summer, we all start to get excited about the upcoming holiday season. If you’re tired of...