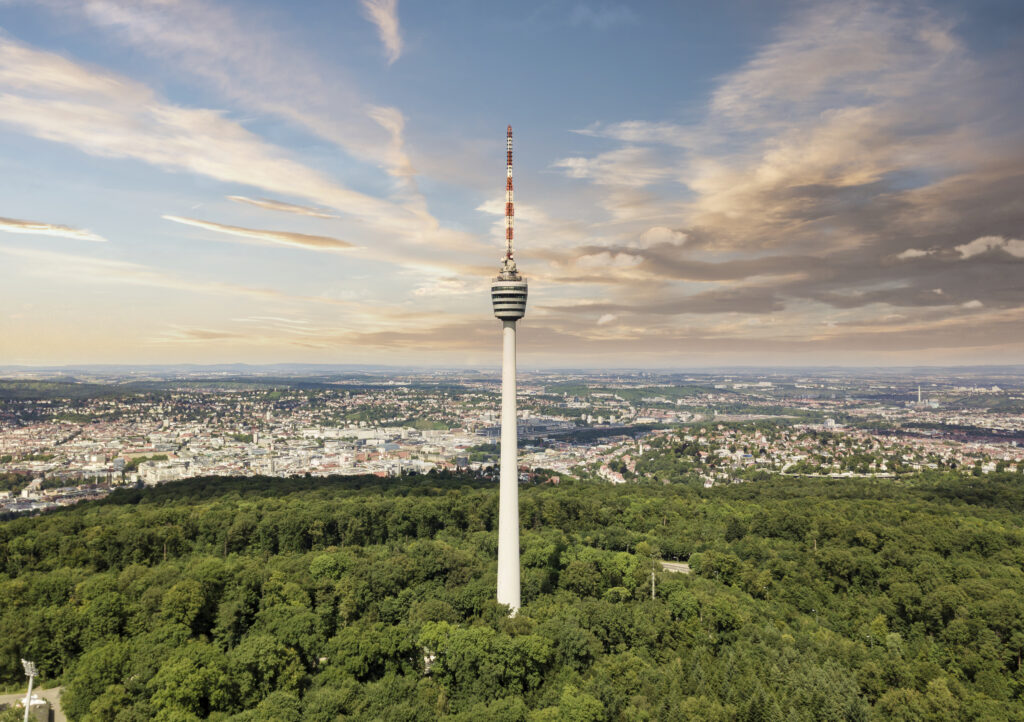 Schdugard, as the locals say, is the capital of Baden-Württemberg. It is characterized by its 7 hills that give the city a special topography. The hills give you a wonderful panorama and an enchanting view of the city center. If you decide on living in Stuttgart, you will have to get used to the unusual dialect and expect that it will take a while to feel like you have arrived. But you will be rewarded with a city that has been richly endowed by nature. With about 630,000 inhabitants, it is clearly ahead of Mannheim and Karlsruhe, the next largest cities in the state.

Stuttgart’s name comes from the fact that the Wasserburg, the former old castle. It used to be a moated castle built by the Duke of Swabia to protect his stud farm. The stud farm used to be called Stutengarten, and that is where the name of Stuttgart comes from.

Stuttgart also offers an incredible selection of events. Among the outstanding annual events are certainly the Stuttgart Spring Festival and Cannstatt Folk Festival, each of which attracts around 4 million visitors from Germany and abroad. The Stuttgart Wine Village, the Stuttgart Christmas Market or the Summer Festival of Cultures are also popular and well-attended events. Stuttgart is additionally the city with the largest wine-growing area in Germany, outstripping Mainz. If you’re looking for work in the automotive sector, this is the place to be. Both Mercedes Benz and Porsche have their headquarters here.

Highlights of the City

The city of Stuttgart is famous for its television tower (the first in the world!), its strong economy and of course, the Swabian cuisine. The palace in the city center at the Schlossplatz is supposed to symbolize a second Versailles. Quite a few people living in Stuttgart think that the client, Duke Carl Eugen von Württemberg, achieved that.

If you want to enjoy an extraordinary view over the square, you have to go to the adjacent art museum. On the top floor you will be treated to a unique panoramic view. Of course, the museum also offers exceptional exhibitions that are definitely worth a visit. Other places to visit in Stuttgart are definitely the Markthalle, which really has something for everyone.

In other German cities, there is actually always one particular trendy neighborhood where there are hip stores, bars and restaurants. Not in Stuttgart! Not even locals could say which neighborhood is the hippest. In this city, the scene is spread all over the city. So for immigrants, it’s a real challenge to stay in the city for a long time, if not for years, and to get to know all the special places, pubs and bars. 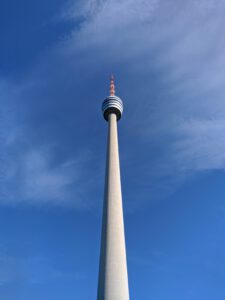 One meeting place, however, is definitely Marienplatz, which is visited by Stuttgart residents especially in the summer. Another is the so-called Zacke, one of four rack railroads in Germany, but the only one that is not only used for tourist purposes. In addition, the people living in Stuttgart are always drawn to Mailänder Platz. Here, just like at Marienplatz, there are numerous cafes and restaurants that invite you to linger. There is also one of the architectural highlights of the city, the BIP. This library is home to over half a million books on nine floors and its facade is a real eye-catcher.

The Züblin parking garage in Lazarettstraße is another special feature in Stuttgart. Not only can you park there, but there are also art exhibitions in the parking garage as well as cultural events and concerts. They are integrated into this building and make it something extraordinary. Everyone who lives in Stuttgart should park there once and be caught by the fascination.

St. John’s Church at Feuersee (some call it the “Notre Dame of Stuttgart”) is another architectural highlight in the West of the city. Built in the neo-Gothic style, it is the first church in Stuttgart to be built after the Reformation. Its tower, destroyed during World War II, is now considered a memorial against the war.

Public transport in Stuttgart is very well developed. There are 17 regional train lines, seven S-Bahn lines, as well as 19 subways, the Zacke and 359 bus lines. Nevertheless, it should be noted that Stuttgart’s transportation network is outdated in many places, which is why traffic jams often form. Also, the main station called Stuttgart 21 is lagging behind its completion. The completion planned for 2019 was postponed to 2025 for various reasons. But the city is developing concepts to remedy these problems.

The Manfred Rommel Airport of the city of Stuttgart has a small shortcoming compared to the other major cities in Germany. While there are flight connections to all aviation hubs in Germany and Europe, there are no transatlantic flights departing from Stuttgart. However, if you know about this, this minor problem can also be solved and you have to plan a stopover. This fact should not stop anyone from moving to Stuttgart.

Living in Stuttgart – the Most Popular Districts

The so-called women’s head quarter is ideal for people who are looking for peace and quiet, but still want to be in the city center in a few minutes.

Bad Cannstatt is the district of Stuttgart with the highest population density. The historic core of Bad Cannstatt is now almost completely developed into a pedestrian zone. The half-timbered houses, small alleys and culturally significant buildings make up the special charm of the district.

Feuerbach, on the other hand, is a very family-friendly district that offers many schools, shopping opportunities, and jobs with some global corporations.

Those who prefer metropolitan life must, of course, move to Stuttgart Mitte. Art, culture, bars and restaurants characterize this district, which is why it is especially popular with young people.

Unfortunately, living in Stuttgart has its price. The price per square meter of net rent is around €10.38, which is well above the national average of around €7.11. Too few designated building sites are to blame, but those responsible in the city are already tackling this problem.

Food you must eat when in Stuttgart

Food or dishes that you definitely have to try when you come to Stuttgart are pretzels, which are said to have been invented here. Another specialty are Herrgottsbescheiserle, which are Maultaschen filled with meat. According to legend, they were invented by a monk during Lent, when you are not allowed to eat meat. Besides that, cheese spaetzle is a typical Swabian dish that you should try. Of course you also have to eat a Swabian Zwiebelrostbraten, which is a rump steak with either fried or browned onions, spaetzle with a dark sauce, very tasty! At the Ackerbürger or the restaurant zur Kiste, for example, you will find these typical dishes. Otherwise, you can of course find restaurants in Stuttgart that offer international dishes. But as always, the best way to find your own favorite restaurant is to try it out yourself. Good luck with it!

In summary, Stuttgart may not be the first city you think of when you immigrate to Germany. However, you should definitely take a good look at the city and its possibilities, because it offers many opportunities and also has a strong expat community doing lots of activities together. You’ll feel right at home!