The city of Munich is not only Bavaria’s capital but also an extremely liveable metropolis. That’s why moving to Munich is on the top of the cards for many expats coming to Germany. The approximately 1.43 million inhabitants of this city can fall back on a lively cultural scene and the most diverse restaurants offering a wide range of international dishes. In addition, there is, of course, the English Garden, where you can relax in the summer and the annual Oktoberfest, which attracts several million tourists to the city. The cityscape is characterized by numerous centuries-old buildings such as the neo-Gothic Town Hall with its carillon. According to the London lifestyle magazine Monocle, Munich is one of the most liveable cities in the world. It is growing fast and has a strong economy. Unfortunately, this circumstance ensures that the cost of living, such as rent or a visit to a restaurant, is more expensive than the German average. Still, in return, one usually earns well. Munich’s universities are considered to be among the best in Germany, which is important for the local industry like BMW or Siemens. Of course, Munich is very well-connected to the road network and has the Franz-Josef Strauß Airport, the second-largest in Germany, making the city interesting for investors.

Another aspect that makes living in Munich so attractive for Germans and foreigners is authenticity. The people of Munich live and love their traditions and are very open to modern lifestyles and things. The ability to combine these aspects is one reason that makes Munich special. Many Munich residents refer to their city as the largest village globally because, unlike in other metropolises, you meet people more often.

In addition, the proximity to nature is a reason that attracts so many people to Munich. The city is surrounded by numerous lakes, for example, Lake Starnberg, Lake Chiemsee, and Lake Tegernsee. They can be reached within an hour, at the most, and are therefore a welcome destination for weekend excursions. Another advantage is the city’s proximity to the Alps and Italy. Lake Garda is also popular and frequently visited by the inhabitants. Munich is also called the northernmost city in Italy because of its climate and the love they have for Italy. 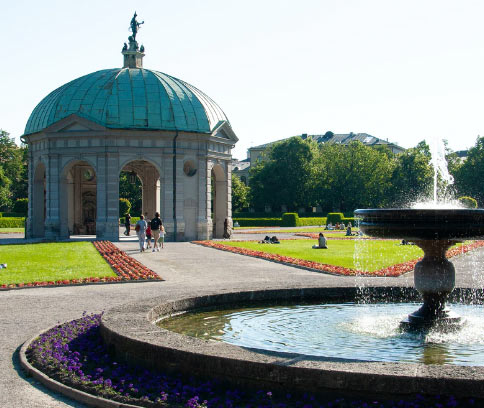 Munich is also dotted with many sights and attractions. The Marienplatz, the Hofgarten, and the English Garden are probably the most famous places in Munich that attract tourists from far and wide. But there’s much more on offer beyond these. If you make an effort and explore the various districts of the city centre, you will find small hidden gems that will inspire you, like in the Glockenbachviertel. Here, you will find small but fine manufacturers that offer individual products. These stores are why the residents of Munich speak of a village, where each district has its own charm and stands out from the crowd. But what unites them all are the inns. They are spread all over Munich and offer their customers typical Bavarian dishes such as roast pork or white sausages with mustard. Beer gardens can also be found in almost every neighbourhood though sometimes, they are larger, while at other times, they are smaller, because during spring and summer in Munich, life shifts to the outdoors. However, one must not forget that self-service is the rule in most of them. Many people are drawn to the English Garden to picnic, swim, or surf. And in the English Garden, you can even surf on the Eisbach!

If you consider moving to Germany and maybe living in Munich, you need a little list telling you where to go and where to eat. To help you, we will start with the most impressive sights in town. We suggest checking out other guides and local expat communities, too, because such a list is never complete and it’s also more fun to explore together with other people!

The Marienplatz is Munich’s central square with its two city halls- the old and the new one. From there, it is a short walk to the traditional Viktualienmarkt, another interesting place to visit. The mighty New Town Hall on the north side dominates the quadrangular square.

In the tower of the Town Hall, you will find a viewing platform. Below it is the historic carillon that sounds twice a day. At the fish fountain, the people of Munich meet to socialize.

The Old Peter, Munich’s oldest parish church, is just a stone’s throw away and offers a great view over the Old Town. There are stores and restaurants around Marienplatz, and the pedestrian zone begins here.

Nymphenburg Palace is, of course, located in the district of Nyphenburg. For a long time, it was not only the summer residence of the Wittelsbach family but also their favourite castle. You should definitely stopover at the museum and take a walk in the huge park to get an impression of the impressive complex.

The Frauenkirche is the landmark of Munich. It is located near Marienplatz and is the burial place of several monarchs who have ruled Bavaria. If history and architecture interest you, you should definitely visit it!

If you are interested in technology and natural sciences, the Deutsches Museum (or the German Museum) is the right place for you. It is one of the globe’s largest museums of its kind. It is an ideal destination for families because children are allowed to touch many exhibits and thus, make their very own experiences. Besides, you should know that it is impossible to see everything in one day. So, the Deutsches Museum is the ideal place for rainy days!

For art lovers, of course, a visit to the three Pinakothek museums is a must. The old Pinakothek has over 700 paintings in its permanent exhibition. The illustrious names of the artists range from Dürer to Da Vinci and Rembrandt. Another highlight is the Rubenssaal with its more than six-meter high walls! 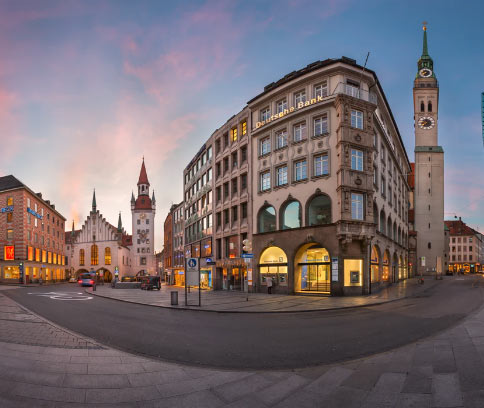 Unfortunately, the new Pinakothek is closed until the end of 2025 due to a general renovation and cannot be visited during this time. The Pinakothek der Moderne offers its visitors art from the 20th century onwards, which means you can see both paintings and selected design pieces that have become classics over the years.

Though we cannot mention all the amazing sights Munich has to offer, I am sure everybody would find the thing for him/her with some research on the internet. We have the same problem with dining too as everybody prefers a different kind of food. Therefore, we can only offer a shortlist of restaurants that we can recommend in Munich, which would help if you plan on living in Munich for long.

For lovers of traditional food with a modern touch, we recommend the Xavers. This restaurant mainly uses organic ingredients and offers both typical Bavarian dishes, i.e. roast pork etc., as well as dishes for vegetarians and vegans.

The Menage Bar convinces with a modern and innovative cuisine combined with creative drinks. So, this location is something for open-minded and spontaneous people who would like to embark on a culinary journey.

Neni, on the other hand, combines Israeli cuisine with influences from Romanian and Spanish cuisine. Those who are open to experimentation must pay a visit to the restaurant.

Last but not least, if you like to stay longer in one place, and prefer to try many small dishes instead of a traditional main course, you have to visit Usagi. Here, many small dishes are offered, which allows you to virtually eat your way through the Japanese menu together!

We hope this informational guide would help a lot when you execute your plan of moving to Munich and settling in this beautiful city.