Cologne, or Kölle as the locals say, is not only Germany’s fourth largest city, but also a very special metropolis. Those who decide to move to this beautiful, unique city should be prepared to get to know a special place with extraordinary people. Et hätt noch jot jejange – it has always gone well so far – means no less than the following: What went well yesterday will go well today. Every Jeck is different. Which means as much as: Every fool is different.

Exercising tolerance and forbearance towards the other in the knowledge of one’s own imperfection characterizes the life of the people of Cologne, just like the local dialect in general. This attitude makes it easy for foreigners in particular to gain a foothold in this city.

The people of Cologne are extremely fun-loving and have a mischievous streak. For example, the city is divided into left and right of the Rhine. The left side is the so-called good side, while the right side, the Schäl Sick how it is called, symbolizes the bad because that’s where the poorer people lived. Today, of course, this is no longer the case and you can find apartments and beautiful neighbourhoods on both sides of the city. 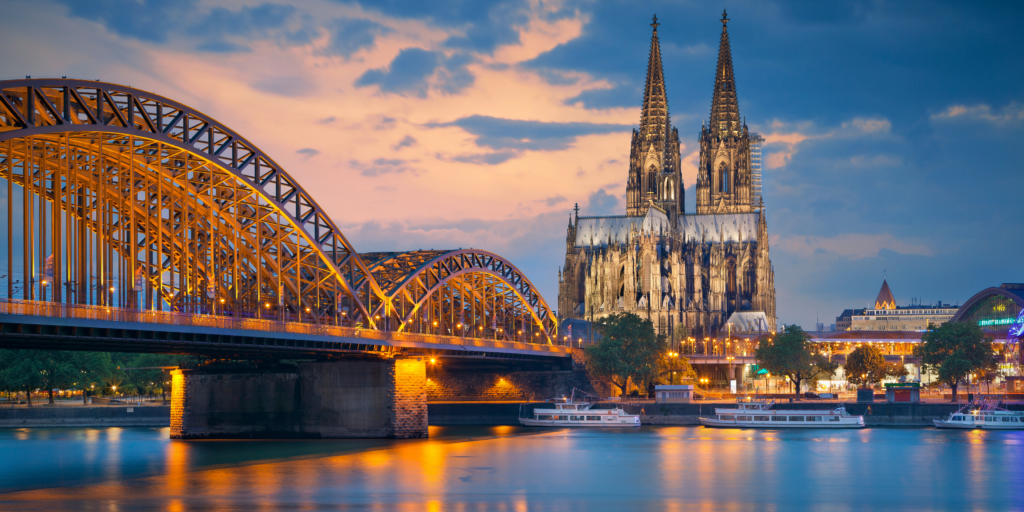 Read more about Cologne in our Cologne city guide!

Even though it is much smaller than Cologne, Düsseldorf is the capital of North Rhine-Westphalia, which annoys many Cologne residents a bit. Several million tourists come to Düsseldorf every year because there is a lot to see here. 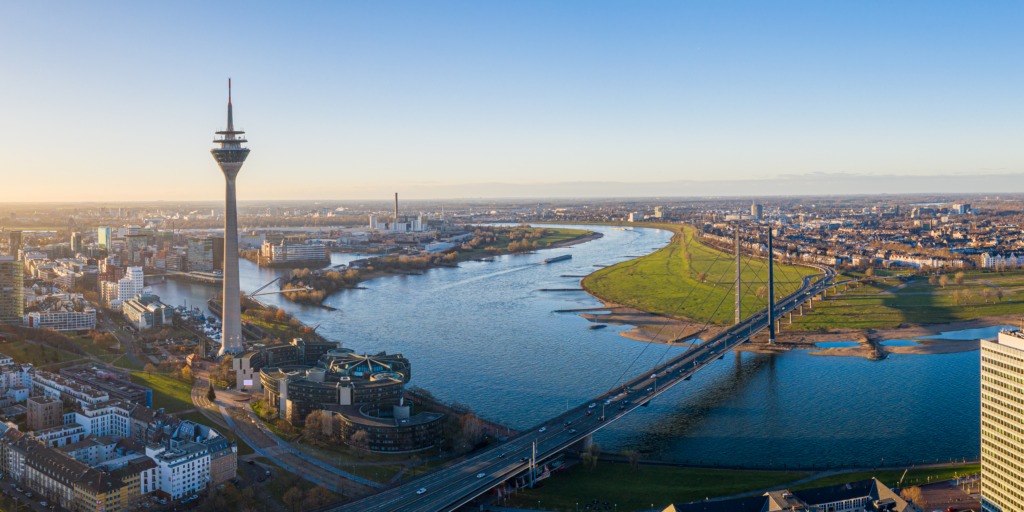 Düsseldorf is known for its art scene. Along with numerous museums, there are countless galleries and art stores that make this city an art metropolis. In the old town, there are numerous pubs and restaurants. A tour of the old town with its narrow streets is a must.

While Cologne is known for its Kölsch (a light beer), people in Düsseldorf drink Altbier (an old and dark beer). In addition, Düsseldorf is considered the city of the rich and beautiful, who enjoy life there. People are very open-minded and welcoming, making it easy for foreigners to make their life there. 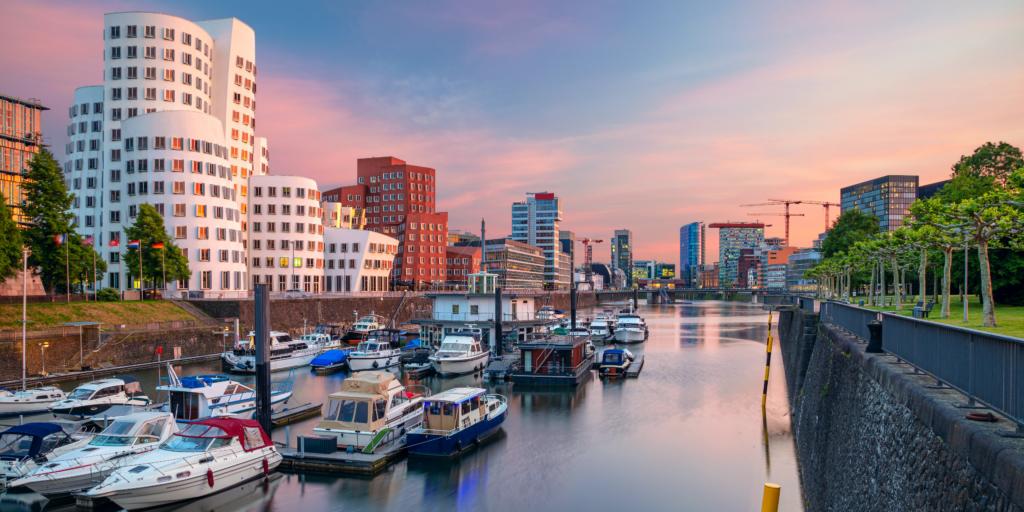 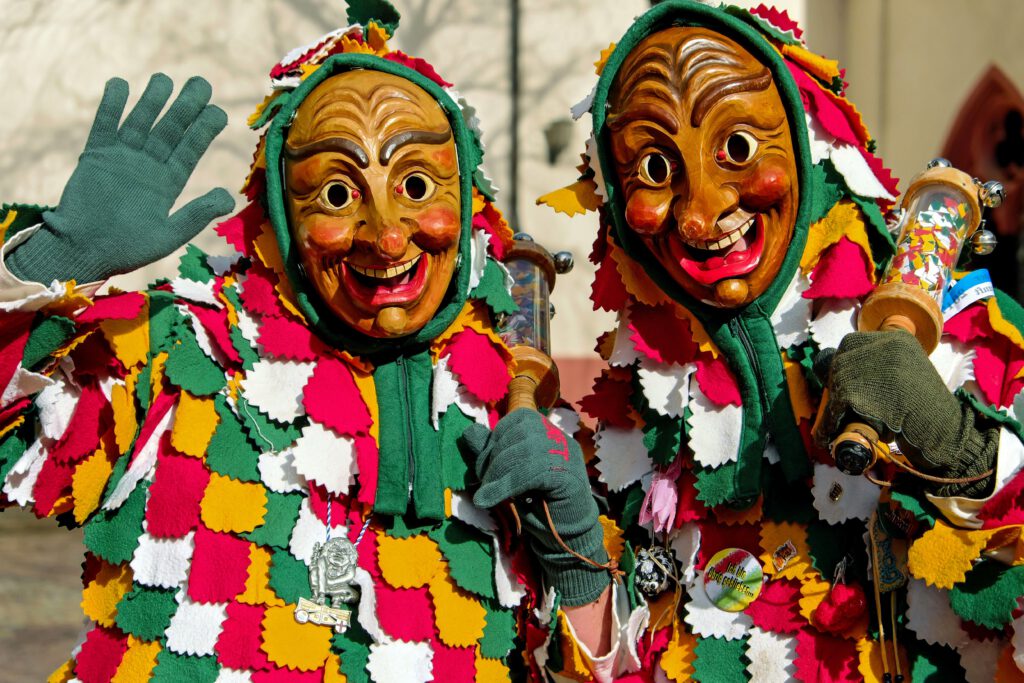 If you plan on living in the Cologne and Düsseldorf region, you can’t miss the fifth season. Carnival, or Shrovetide, has a long tradition in the Rhineland, which can be traced back to the Middle Ages and had a peak especially in the early modern period. Even then, people dressed up and performed carnival games. Today, carnival is associated primarily with costumes, carnival speeches and the Rose Monday parade.

The “fifth season” begins every year on 11.11. at 11:11 a.m., when the jester Hoppeditz awakens in Düsseldorf and in Cologne, the “Cologne Triumvirate” is introduced. However, it then still takes a while until the world-famous street carnival begins. It is not until the Thursday before Ash Wednesday, Women’s Carnival (which is usually sometime in February) that the big party actually begins. Then, the first big carnival celebrations take place and the streets are filled with revellers and party animals.

Cologne vs Düsseldorf Cost of Living

Cologne and Dusseldorf are two major cities in Germany known for their cultural and economic significance. The cost of living in these cities can vary, with Dusseldorf generally being more expensive than Cologne. The main difference in cost of living between the two cities is the cost of housing. Rental prices in Dusseldorf tend to be higher than in Cologne, with the average monthly rent for a one-bedroom apartment in Dusseldorf being around €800, compared to €700 in Cologne.

However, Dusseldorf has a higher average salary than Cologne. Other expenses such as food, transportation, and entertainment are similar in both cities. For expats moving to Germany, it’s important to note that the country has a high overall cost of living compared to other European countries, with the cost of housing being one of the biggest expenses.

Cologne and Dusseldorf are two vibrant and culturally rich cities in Germany that offer plenty of opportunities for expats. Both cities have a rich history, a thriving arts and culture scene, and a diverse population. Cologne is known for its famous cathedral and Christmas markets, while Dusseldorf is known for its fashion and shopping.

Both cities also have excellent transportation systems and are well-connected to other parts of Germany and Europe. When moving to Germany, it is important for expats to familiarize themselves with the German language and culture, as well as to obtain the necessary documents and permits to live and work in the country. Overall, Cologne and Dusseldorf are great options for expats looking to experience all that Germany has to offer.