Everybody knows Berlin or at least has heard of it, which is why many expats in Germany prefer moving to Berlin when starting their stay in the nation. This city has become increasingly popular worldwide in recent decades since the fall of the Berlin Wall, both as a tourist destination and a place to settle down. This is true not only for Germans but for people from all over the world. These facts have led to Berlin’s international cosmopolitan flair and charm. This internationality can be seen not only when you stroll through Berlin’s streets, but also when you are looking for a restaurant. Even the art scene presents to its audience artists from all over the world. The Berlin International Film Festival has been one of the most prestigious film festivals in the world for decades. One could continue this list endlessly, but everyone who comes to Berlin has his/her own preferences that are important to him/her. Berliners themselves have become accustomed to living in a multicultural society. For example, Berlin is home to the largest Turkish community outside of Turkey.

In addition to this modernity, you can always find small retreats that offer you peace and relaxation. Every district and every neighbourhood is strongly influenced by its inhabitants, and thus, they are all different. For instance, you will find variety in what the pubs and cafés have to offer and their designs. Something you will find in every district in Berlin is Spätis. Spätis are small shops that sell goods to customers until late at night.

In addition to this modernity, you can always find small retreats that offer you peace and relaxation. Every district and every neighbourhood is strongly influenced by its inhabitants, and thus, they are all different. For instance, you will find variety in what the pubs and cafés have to offer and their designs. Something you will find in every district in Berlin is Spätis. Spätis are small shops that sell goods to customers until late at night. 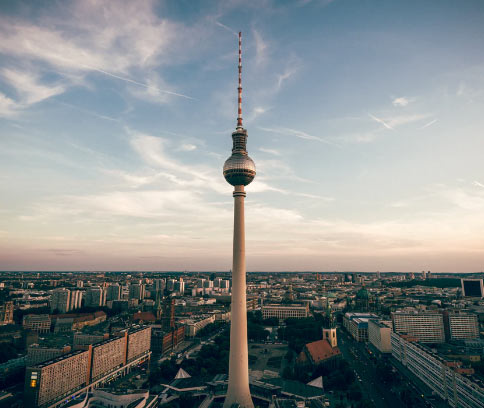 Moving to Berlin means learning the special vocabulary for Germans as well as for foreigners. As mentioned above, Späti is one of them. Another one would be Schrippe, which is a word for bun. Fisimatenten describes the word excuses, and meschugge is another word for crazy, for instance. Everybody has to get used to them. One must also know that Kiez is the word the district one lives in. What everyone should take into account is that rents in Berlin have gone up quite a bit. This means you should have enough on your hands time to search and find a suitable apartment. It is also helpful to concentrate on one or two neighbourhoods to get insider tips to make an informed choice. For instance, an insider tip could be about regular viewings, which usually involve a massive crowd of people that reduces your chances of seeing the property correctly and evaluating its condition. These facts await someone in everyday life of Berlin.

Now, let’s talk about sightseeing in Berlin. It is almost impossible to mention all spots one should visit after moving to Berlin. But after a while, everyone will find the sights they are interested in. Therefore, we will mention only the really famous ones everybody should visit. Remember that this list is not a rating of the sights but is just a list.

The German Reichstag is an impressive building and the seat of the German parliament. Its architecture, history, and awe-inspiring view from the roof or the dome are already something exceptional that everyone should have seen.

A gigantic wall ran right through Berlin until reunification, dividing the city into East and West Berlin. Even today, you can see parts of it along the 7-kilometer-long Wall Trail. The path starts at Potsdamer Platz and ends at WarschauerStraße. On the way, you pass the permanent exhibition “Topography of Horror”, where you can see the wall in its original form and cruelty combined with personal stories of people who were affected.

The Brandenburg Gate was a component of the Berlin Customs Wall. It was built under Frederick William the Second and completed in 1791. On it, there is the Quadriga. In the chariot pulled by four horses is Victoria, the Roman Goddess of victory.

The TV tower is the highest tower in Germany that stands tall at 368 metres. It is located at the Alex and, of course, offers an incredible 360-degree view over the entire city. The most beautiful view is during sunset, when the city is bathed in a beautiful light.

Gendarmenmarkt is Berlin’s most beautiful square. It is located between three large buildings. In the centre is the Concert Hall of Berlin. On the sides, you can look at the German and French cathedrals. The market is a place to linger with exciting and interesting restaurants and cafés.

The Museum Island is part of the Unesco World Heritage Site, where you will find several museums such as the Bode Museum, the Old Museum, the New Museum, the Pergamon Museum, and the Old National Gallery. The best way to learn about the exhibitions hosted here is to search online.

Last but not least is the Spree. To experience Berlin from the water is something very special as a boat trip is totally worth it. Most of the sights of Berlin can be viewed from the Spree. In addition, there are several landing stages where you can leave the boat or get back on. It’s a very relaxing way to visit the sights after moving to Berlin.

The topic of food in Berlin is a difficult one to discuss. Not because there is not enough excellence related to it, but you do not know where to start with your recommendations. What you should definitely try, however, are currywurst and kebab, which are the traditional takeaways in Berlin. Since everybody prefers a different kind of food, it is hard to say which restaurant is the best of its kind. But Borchardt must be mentioned. For 150 years, it has been located at the Gendarmenmarkt, boasts of a long tradition, and is very popular among celebrities and politicians. Its food differs from many others, and it actually has something to appease everybody’s palate. 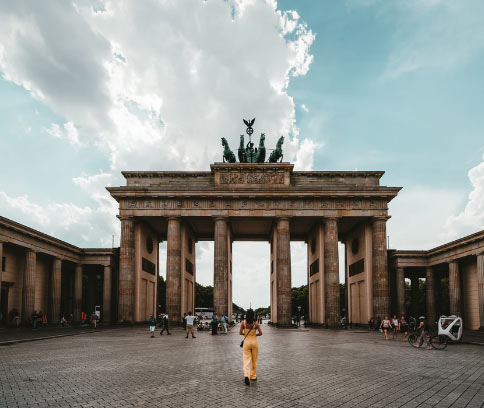 Another interesting place is ClärchensBallhaus. Established in 1913, the restaurant offers fresh food, which is a combination of traditional dishes with modern influences. Another interesting fact is that they offer dance classes and concerts as well.

Spindler is also a restaurant you should try after moving to Berlin. The cuisine at Spindler is modern, French-inspired, and cosmopolitan. It is positioned directly on the Spree River and offers good food and a fantastic view at the same time.

Cafe Botanico grows all the vegetables they use themselves. Moreover, the pasta is homemade. The farm-to-table restaurant with its own 1,000 square meter permaculture garden in the middle of Berlin works sustainably and with a consistent low-waste approach. The target group here is guests of all kinds who come by not only because the food is organic or fair but because it tastes good and makes them feel good.

Tisk is an old German word for table. The two chefs come from East and West Berlin. They want to combine and present traditional Berlin cuisine with flavours and spices from around the world. The Tisk has an open kitchen, which lets you watch your dishes being prepared. Berlin also offers several food markets where one can eat throughout the whole day. You will just have to keep your eyes open though when you visit these food markets after moving to Berlin.